k the US Court of Appeals for the Fourth Circuit affirmed a South Carolina District Court judgment against Tuomey Healthcare System. The damages and penalties against Tuomey totaled $237,454,195 as decided in United States ex rel. Drakeford v. Tuomey Health Care System, Inc. A jury had found the defendant liable under the False Claims Act for their reporting of false claims to Medicare. The decision ends a case which has been under litigation for nearly ten years. END_OF_DOCUMENT_TOKEN_TO_BE_REPLACED

In the largest False Claims Act settlement in which the government did not intervene, DaVita Healthcare Partners has come to an agreement to pay the government $450 million. The false claims lawsuit involved DaVita’s largest division, DaVita Kidney Care. The division was accused of intentionally wasting medicine in order to defraud federal healthcare programs out of millions of dollars. This settlement concludes the false claims act cases that DaVita has defended in the past years, paying out nearly $1 billion to settle the three whistleblower lawsuits. END_OF_DOCUMENT_TOKEN_TO_BE_REPLACED 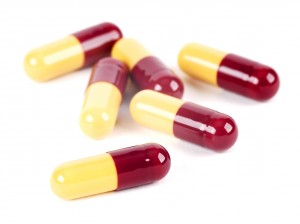 A federal judge in Pennsylvania has allowed the majority of a relator’s False Claims Act case against Cephalon Inc. to proceed, alleging a kickback scheme involving off-label drug marketing. Treanda is a chemotherapy drug that was approved by the U.S. Food and Drug Administration (“FDA”) in October 2008 as a treatment for indolent non-Hodgkins lymphoma (“iNHL”). It was approved as a second-line treatment—the FDA approved it only for patients whose cancer progressed after treatment with another regimen. As early as December 2007, Cephalon allegedly promoted Treanda off-label for front-line, rather than second-line, treatment of iNHL, a use not approved by the FDA. Accordingly, this off-label promotion resulted in the submission of false claims for reimbursement from government health programs. Cephalon also allegedly illegally paid kickbacks to physicians in order to further its off-label promotion scheme, conspired with physicians to further its off-label promotion scheme, violated its obligations to the government under its Corporate Integrity Agreement, and retaliated against relator Matthew Cestra for investigating and reporting his concerns regarding Cephalon’s conduct. Cephalon was subsequently acquired by Teva Pharmaceutical Industries Ltd. in 2011. END_OF_DOCUMENT_TOKEN_TO_BE_REPLACED 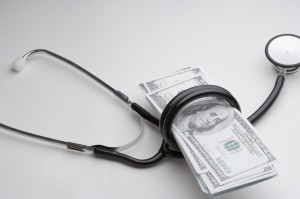 END_OF_DOCUMENT_TOKEN_TO_BE_REPLACED

Dr. Alon Vainer’s discovery of alleged waste at a DaVita clinic has led to a $495 million settlement. DaVita, which specializes in treating patients with kidney problems through dialysis, agreed to settle the False Claims Act suit this month. The complaint alleged that DaVita defrauded the government of hundreds of millions of dollars by intentionally wasting medicine in order to increase reimbursement payments from Medicaid and Medicare. END_OF_DOCUMENT_TOKEN_TO_BE_REPLACED 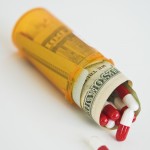 CVS Caremark Corporation (“CVS”) allegedly used $5 discount coupons to attract Medicare and Medicaid beneficiaries to fill prescriptions at its stores in violation of the Anti-Kickback Statute. Relator Richard Carmel is arguing that the coupons do not fall under an exemption that allows providers to offer items of nominal value. According to Carmel, the nominal value safe harbor provision does not apply to this case because the safe harbor is only available under the Civil Monetary Penalty Act. The Anti-Kickback Statute has no such limitations or qualifiers. In addition, the safe harbor provision, which permits nominal incentives of $10 per item or $50 in the annual aggregate, does not apply because the prescription rewards can be added together to exceed the $10 per item threshold and ExtraBucks Rewards are considered to be cash equivalents. Finally, the aggregate value of the ExtraBucks received by Medicare and Medicaid beneficiaries at CVS’s more than 7,000 nationwide stores, far exceeds the $50 per year limit. The Anti-Kickback Statute is a federal criminal statute that prohibits any party from knowingly and willfully offering remuneration to induce someone to purchase a good or service reimbursable under a federal health care program. Violation of the Anti-Kickback Statute predicates liability under the False Claims Act. END_OF_DOCUMENT_TOKEN_TO_BE_REPLACED 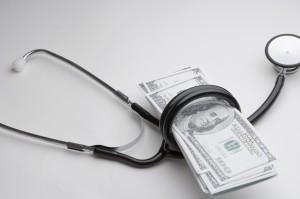 Three relators are alleging that AIDS Healthcare Foundation Inc. (“AHF”) violated the federal False Claims Act, the Florida False Claims Act, and the Anti-Kickback Statute through a fraudulent scheme to generate consumer demand for its programs. It was allegedly designed to defraud Medicare, Medicaid, and HIV/AIDS grant programs sponsored by the Health Resources and Services Administration and the Centers for Disease Control and Prevention—two agencies located within the U.S. Department of Health & Human Services. AHF allegedly conducted an organization-wide effort across at least twelve states to enhance funding from the government by paying financial inducements to employees and patients in order to generate referrals to AHF’s various service centers, including clinical services, insurance services, pharmacy services, and testing services. According to the complaint, improper billing in just a single year was estimated to exceed $20 million. AHF is a California corporation headquartered in Los Angeles, California. In addition to Florida and California, AHF conducts operations in at least ten other states. The company describes itself as a global organization providing cutting-edge medicine and advocacy to more than 200,000 patients in 28 countries. AHF is also the largest provider of HIV/AIDS medical care in the U.S. END_OF_DOCUMENT_TOKEN_TO_BE_REPLACED 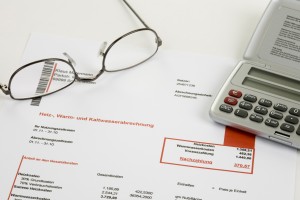 Frontier Home Health and Hospice LLC (“Frontier”) filed a complaint yesterday against Amedisys Holding, L.L.C. and Amedisys, Inc. (collectively, “Amedisys”), alleging that the company lied about its fraudulent billing of Medicare in the sale of a group of Wyoming hospices to Frontier. Frontier allegedly learned after it acquired the business that Amedisys had routinely billed Medicare, contrary to law, for patients who were not eligible for hospice care coverage. Frontier purchased the hospices on an expedited timeline and had to rely on Amedisys’ representations about the company. Upon conducting further review, Froniter allegedly discovered that Amedisys had effectively implemented a bonus system incentivizing employees to keep ineligible patients in hospice care and that half of the Medicare hospice patients it inherited from Amedisys didn’t meet the six-month prognosis requirements for receiving such care. END_OF_DOCUMENT_TOKEN_TO_BE_REPLACED