Today, a federal judge in Florida granted a joint motion to dismiss a case filed under the False Claims Act against Southeastern Aluminum Products Inc. (“Southeastern”) following its settlement with the federal government and the relator that filed the complaint. The Florida-headquartered manufacturer of bath enclosures and shower doors agreed to pay a $650,000 settlement after it allegedly conspired with other companies to avoid anti-dumping and countervailing duties on aluminum products from the People’s Republic of China (“PRC”). Southeastern, C.R. Laurence Co. Inc. (“CRL”), and Waterfall Group LLC (“Waterfall”) allegedly tried to avoid the duties by shipping aluminum extrusions manufactured by Tai Shan Golden Gain Aluminum Products Ltd. (“Tai Shan”) though Malaysia, a practice known as “transshipping.” In February, the U.S. Department of Justice announced that CRL had agreed to pay $2.3 million to settle the allegations and Waterfall had agreed to pay $100,000. The relator received more than $555,000 as his share of the aggregate settlement amounts. END_OF_DOCUMENT_TOKEN_TO_BE_REPLACED 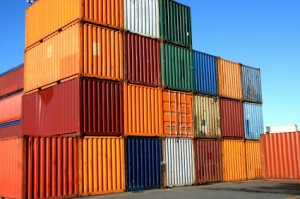 CMAI Industries LLC (“CMAI”), an importer in Michigan, has agreed to pay $6.3 million in fines and plead guilty to federal criminal charges to resolve allegations the company pocketed customs duties owed on imported automotive components. CMAI is a Chinese-owned logistics and warehousing firm that imports parts for distribution to the Big Three automakers in Detroit (Ford, General Motors, and Chrysler). The government’s investigation of the claims, which transpired for 2.5 years, was precipitated by a qui tam lawsuit filed under the False Claims Act, a federal whistleblower law. The qui tam provisions of the False Claims Act allow private individuals with knowledge of fraud perpetrated against the government to file suit on behalf of the government. The suits are initially filed under seal while the government investigates the allegations, and the United States may elect to intervene in certain cases. The government does not always elect to intervene in qui tam False Claims Act suits. Importing firms file customs documents with the U.S. government indicating the content of the imports for the purposes of levying tariff duties (taxes imposed on imports), and consequently firms that file false customs reports in order to evade tax payments may be liable for violating the False Claims Act. According to the government’s complaint, CMAI — a subsidiary of Hong Kong-based China Metal Automotive Co. Ltd. — was misclassifying automotive components to evade tariff obligations. In particular, the allegations center on the false classification of exhaust manifolds, which collect exhaust gases in automobiles. CMAI argued in answer to the allegations that the company had received conflicting advice from customs brokers as to whether or not duties were owed on the imported exhaust manifolds. Between June 2004 and June 2011, the United States alleged that the company evaded $2.55 million worth of taxes on 706 entries involving manifolds valued at $102 million. CMAI also pleaded guilty to fraudulent importation of goods, a felony for which the company was sentenced to probation and a $25,000 criminal fine.

The qui tam suit that gave rise to the government’s investigation was filed by Ted Ludlow, a former sales account manager for CMAI. The multi-year litigation underscores the complexity and difficulty of seeing an False Claims Act whistleblower suit through successfully from start to finish. Even if the United States declines to intervene in a particular case, whistleblowers (called relators) may elect to proceed with their claims privately, represented by private counsel. Due to the daunting challenge of undertaking the prosecution of an False Claims Act case, it is important for relators to obtain experienced counsel with a proven history of success in representing whistleblowers under the False Claims Act.

Dating back to 1863, the False Claims Act imposes liability when a person either knowingly or with reckless disregard submits a “false claim” for payment to the government, or a grantee or beneficiary of government funding. Additionally, there is liability under the statute for so-called “reverse false claims,” or failing to return an overpayment from the government. Relators stand to recover, if successful, between 15% and 30% of any final judgment or settlement, and violators are subject to treble damages and up to an $11,000 penalty per violation. Recent changes to the law, particularly in the wake of passage of the Dodd-Frank Bill and the PPACA in 2010, have increased the number of types of actionable False Claims Act fraud and heightened the Act’s protections against employer retaliation. The statute’s anti-retaliation provisions are designed to deter employers from taking adverse actions against any employee, contractor, or agent who makes lawful efforts to stop a violation of the False Claims Act.