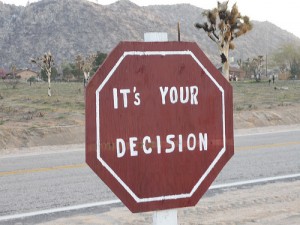 The United States Department of Justice (“DOJ”) has filed a complaint in D.C. federal court against the former seven-time Tour de France champion cyclist Lance Armstrong, alleging that Mr. Armstrong defrauded the United States through use of performance-enhancing drugs. The complaint in the case, U.S. ex rel. Floyd Landis v. Tailwind Sports Corp., contains six counts, including violations of the False Claims Act, as well as common law claims of fraud and unjust enrichment. DOJ has intervened in a complaint filed under the qui tam (whistleblower) provisions of the False Claims Act by Armstrong’s former teammate, Floyd Landis. In addition to Armstrong, the named defendants in the case include Armstrong’s former team manager Johan Bruyneel, Tailwind Sports Corp. (owner of Armstrong’s cycling team), and Thomas Weisel, who was the founder and principal investor in Tailwind. A claim for breach of contract was brought against Tailwind.

Under the False Claims Act, entities which submit (or cause to be submitted) false claims for payment to the government are liable for treble damages and civil penalties of between $5,500 and $11,000 per violation. The application of the Act continues to broaden, particularly in the wake of Congress’s passage of the Fraud Enforcement and Recovery Act (“FERA”) (2009), the Dodd-Frank Wall Street Reform and Consumer Protection Act (2010) and the Patient Protection and Affordable Care Act (2010). The recent congressional enactments have given impetus to the government’s effort to hold violators liable in the realms of mortgage and lending fraud as well as fraud and abuse in the health care sector. FERA, in particular, heightened the protections against employer retaliation contained in the False Claims Act as the United States encourages private individuals with knowledge of fraud to sue under the Act’s qui tam provisions. Whistleblowers (known as “relators”) sue on behalf of the government, and must disclose the allegations in the qui tam complaint to the DOJ. After an initial investigatory period, the United States may either elect to intervene in a relator’s complaint or decline to do so, but in either case the private suit may go forward. Qui tam complaints are a crucial vehicle by which private citizens may supplement the necessarily limited enforcement capacity of the federal government; employees and other individuals with knowledge on the ground are often better-situated than the government to police violations of the False Claims Act.

In Landis’s original complaint, he alleged that Armstrong knowingly contravened his agreement with the U.S. Postal Service, from which Armstrong’s team accepted money. As part of the agreement, Armstrong promised not to engage in the use of any illicit performance-enhancing drugs; it is this sponsorship agreement which gives rise to potential False Claims Act liability. Under the contract with the U.S. Postal Service, the government paid a total of $30.6 million; the government’s total recovery in a lawsuit against Armstrong could thus approach $100 million. Other named defendants in the suit are reported to be Thom Weisel, erstwhile head of the management company that owned Armstrong’s cycling team, and Johan Bruyneel, the former team director.

Fraud in government contracts is an important source of both government actions and private qui tam complaints. In the Armstrong case, the DOJ alleges that the United States paid approximately $40 million in false claims pursuant to a sponsorship contract between Armstrong’s team and the U.S. Postal Service, a condition of which provided that Armstrong not use performance-enhancing drugs. Consequently, payments solicited under the contract constituted false claims for the purposes of False Claims Act liability. If the government prevails, Floyd Landis would receive a percentage of the total recovery for filing suit–qui tam relators may recover awards as high as 30% of any final judgment or settlement, depending upon the extent of the relator’s involvement and whether or not the recovery was obtained without government intervention.