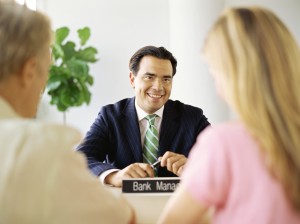 After Barclay’s agreed to pay a $450 million criminal fine following an investigatory probe conducted by the Department of Justice, regulators in countries all over the world continue to evaluate the full scope and impact of the LIBOR (London Interbank Offered Rate) rate manipulation scandal. Barclay’s admitted to manipulating the short-term interest rate it was able to secure for overnight loans; the average of banks’ self-reported overnight rates is used to calculate the LIBOR rate. The United States Department of Justice, the Commodities Future Trading Commission, and other regulatory agencies worldwide have portended the possibility of criminal prosecutions implicating, at a minimum, ten large banks. The LIBOR benchmark affects borrowing costs for trillions of dollars’ worth of financial instruments, including mortgages, credit cards, and student loans.

Dozens of cities, states, and other government entities are already exploring whether they suffered losses as a result of the alleged rate manipulation. Practices which affected the LIBOR by even fractions of one percent, experts estimate, could impact investors to the tune of tens of millions of dollars. The City of Baltimore has filed a lawsuit, which has been consolidated with those of dozens of others, alleging losses from the banking fraud; entities suing include pension funds, mutual funds, and municipalities.

While the scale and nature of the losses as a result of the LIBOR scandal are as of yet not possible to fully fathom, the potential impact on mortgage rates and other financial instruments could lead to qui tam suits under the False Claims Act (“FCA”), a whistleblower statute that allows whistleblowers a private cause of action against entities that have defrauded the government. If depository institutions misrepresented the interest rates on loans insured by the Federal Housing Administration (FHA), there could be potential liability under the FCA.

Information provided by whistleblowers is already proving key in the ongoing government investigations of the scandal. In an investigation launched by Canada’s Competition Bureau, a whistleblower has agreed to talk to authorities in exchange for immunity from prosecution.

The qui tam provisions of the False Claims Act permit whistleblowers to sue on behalf of the government for fraud. Liability is imposed for false claims submitted in connection with payment from the government; in addition, the Act imposes liability for so-called “reverse false claims,” or false claims submitted in order to reduce or completely avoid a liability owed to the government. The may elect to intervene in a lawsuit filed under the FCA, but does not always do so, and whistleblowers may bring suit regardless of whether or not there is government intervention. Relators under the FCA stand to recover between 15% and 30% of any final judgment or settlement. Amendments to the law, most recently changes put into effect by the Fraud Enforcement and Recovery Act (FERA) in 2009 and the Patient Protection and Affordable Care Act (PPACA) and Dodd-Frank Bill in 2010, have generally expanded the number of types of fraud covered by the statute and increased the ability of whistleblowers to bring claims.