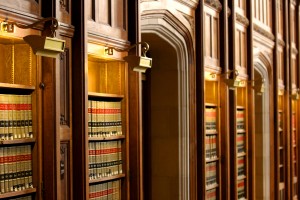 Increased attention in recent years on fraud and abuse in the arenas of lending and finance has led to a burgeoning wave of litigation and recoveries under the federal False Claims Act (“FCA”). In its recent opinion handed down on June 18th, 2012, United States ex rel. Oberg v. Kentucky Higher Educ. Student Loan Corp., the United States Court of Appeals for the Fourth Circuit joined the Ninth, Fifth, and Tenth Circuits in an opinion that may have important implications for whistleblowers seeking to file claims under the Act.

Although the False Claims Act contains two procedural hurdles, a first-to-file bar and a public disclosure bar, a host of amendments to the FCA have served to increase whistleblowers’ access to the courts and to facilitate the successful prosecution of more cases. Under the qui tam provisions of the FCA, private whistleblowers (known as relators) may sue on behalf of the government for fraud. The Fourth Circuit opinion in Oberg, however, addressed an even more fundamental question: what constitutes a “person” subject to suit for the purposes of the FCA? States are immune from liability under the statute, but courts have been asked to decide the question of whether or not certain government-owned corporations are subject to sufficient government control to be considered entities immune from suit. In the Oberg case, the qui tam suit was brought by Dr. Jon H. Oberg, a former researcher with the U.S. Department of Education who alleged that several student lenders submitted fraudulent claims to the federal government, resulting in $1 billion in excess subsidies.  The defendants, who according to the Fourth Circuit opinion are “corporate entities created by their respective states to improve the availability of higher educational opportunities by financing, making, and/or guaranteeing student loans,” claimed immunity from suit as “state agencies.” Oberg, on the other hand, argued that any corporation, state-affiliated or not, is a “person” subject to suit under the FCA.

The Fourth Circuit reversed the finding of a federal district court in favor of the defendants, holding that the lower court must engage in an “arm of the state” analysis under the Eleventh Amendment (which has been interpreted to grant sovereign immunity to the states).  Such an analysis would consider several factors, including whether any judgment against the entity would be paid by the state, the degree of autonomy exercised by the entity, whether the entity is involved with state concerns as opposed to non-state or local concerns, and how the entity is treated under state law. After Oberg, the Fourth Circuit joins a growing consensus among circuit courts that entities with only highly attenuated links to state or federal government may not raise the shield of immunity as a defense to liability under the FCA.

Enacted to protect the federal government against war profiteering during the Civil War, the False Claims Act allows relators who bring a successful case to recover between 15% and 30% of any final judgment or settlement. The government may elect to intervene after a relator has filed an FCA complaint; however, even if the government does not choose to intervene, a qui tam case may go forward. As part of a series of amendments to the FCA passed in 2009, the statute’s protections against retaliation have been made more robust.