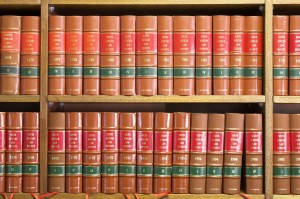 In United States ex rel. Nathan v. Takeda Pharmaceuticals, an opinion handed down by the United States Court of Appeals for the  Fourth Circuit on January 11th, 2013, the Court upheld a restrictive view of the Rule 9(b) pleading standard as applied to claims brought under the False Claims Act. The Court held that a qui tam relator must allege details pertaining to specific false claims submitted to the government in order to survive a motion to dismiss. In so doing, the Court rejected the more flexible approach to application of the 9(b) pleading standard adopted by the Fifth Circuit in United States ex rel. Grubbs v. Kanneganti (2009) and (implicitly) by the Eleventh Circuit in U.S. ex rel. Walker v. R&F Properties of Lake County, Inc., furthering a circuit split that will not be resolved unless and until the Supreme Court has occasion to decide the question in future litigation.

The False Claims Act, 31 U.S.C. § 3729 et seq., is a federal statute that prohibits individuals and companies from presenting (or causing to be presented) false claims for payment to the United States government. Enacted in 1863 to deter fraud by private contractors against the Union Army, the law has evolved into a capacious vehicle through which the government protects the Treasury and combats fraud. Successive amendments to the statute, including passage of the Fraud Enforcement and Recovery Act in 2009, the Dodd-Frank Wall Street Reform  Act in 2010, and the Patient Protection and Affordable Care Act (“PPACA”) in 2010, have enhanced the tools at the government’s disposal and expanded the ambit of conduct actionable under the Act. In furtherance of the statute’s remedial purpose, the law contains qui tam provisions which allow private whistleblowers, referred to as relators, to file complaints under seal. While a qui tam complaint is under seal, the allegations are disclosed to the government, which then investigates the claim and makes a determination as to whether or not the United States will exercise its right to intervene in the litigation.

As is the case with all federal statutes (especially those involving suits between private parties), the task of interpreting its provisions and fashioning procedural rules governing litigation under the False Claims Act is incumbent upon the federal courts. Of particular interest to relators filing claims under the False Claims Act is the pleading standard governing the sufficiency of a qui tam complaint. Although most types of legal claims in federal court are subject to the relatively liberal pleading standard set forth in Rule 8(a) of the Federal Rules of Civil Procedure, requiring a “short plain statement” describing the claim for which relief is sought, Rule 9(b) requires that claims of fraud be pleaded with “particularity.” Specifically, Rule 9(b) says that a party alleging “fraud or mistake must state with particularity the circumstances constituting fraud or mistake.” Consequently, the federal appeals courts have had little difficulty holding that the heightened pleading requirement of Rule 9(b) applies to qui tam complaints and government prosecutions under 31 U.S.C. § 3729 (a) (1-3). Because the Supreme Court has limited the application of Rule 9(b) to those causes of action enumerated in the rule itself, the heightened pleading standard does not apply to other claims under the False Claims Act (as the Ninth Circuit held, for example, in Mendiondo v. Centinela Hospital Medical Center, 521 F.3d 1097 (2008)).

Federal circuit courts have diverged on the question of how Rule 9(b) ought to be applied in qui tam complaints under § 3729 (a). In United States ex rel. Clausen v. Laboratory Corporation of America, Inc., 290 F.3d 1301 (2002), the Eleventh Circuit held that, because the “presentment” of a false claim is an essential element of liability under § 3729 (a) (1), a complaint may not survive a motion to dismiss unless sufficient facts are alleged to manifest “some indicia of reliability” that actual false claims were submitted to the government. Applying similar logic, the First and Tenth Circuits have upheld dismissal of complaints for failure to allege specific facts concerning the precise details of claims in False Claims Act suits. The Sixth Circuit relied on Clausen in upholding dismissal in Yuhasz v. Brush Wellman, Inc., 341 F.3d 559 (2003), and the Seventh, Third, and Ninth Circuits have cited to that precedent in dismissals on summary judgment.

On the other hand, even the Eleventh Circuit has evinced a willingness to accept less factual specificity where the allegations of a fraudulent scheme are compelling, as it did in U.S. ex rel. Walker v. R&F Properties of Lake County, Inc. (2005). That case involved a nurse’s allegations that her employer, a hospital, was billing nurses’ services as if they had been performed by doctors. The complaint failed to allege the details of the contents of any actual false claims, and yet the Court found that the complaint gave rise to a plausible inference that actual claims were submitted.

The Fifth Circuit endorsed the more accommodating, fact-specific approach to Rule 9(b) in Grubbs, distinguishing False Claims Act suits from other causes of action (e.g., common law fraud and securities fraud) to which a more rigid version of 9(b) has traditionally been applied. Observing that the False Claims Act is a remedial statute that does not require the government or qui tam relators to quantify damages in the complaint (indeed, False Claims Act violators are subject to a liquidated penalty of $5,500 to $11,000 per violation regardless of actual damages), the Grubbs court held that “[i]t is adequate to allege that a false claim was knowingly presented regardless of its exact amount; the contents of the bill are less significant because a complaint need not allege that the Government relied on or was damaged by the false claim.” Grubbs, 565 F.3d 180, at 189. As 9(b) is a pleading standard, not an evidentiary one, the Fifth Circuit warned against interpreting 9(b) in such a way that bars qui tam relators from the discovery process unless they already have produced sufficient evidence to prevail at trial.

Declining to adopt the Fifth Circuit’s reasoning in Grubbs, the Fourth Circuit in Takeda signaled that only those complaints that allege details concerning the content of specific false claims will survive a motion to dismiss under Rule 12(b)(6). The Court cited the need to filter out those False Claims Act suits relying primarily on facts learned through discovery, which is invariably costly in False Claims Act cases. It remains to be seen, however, whether the Court’s categorical imposition of the stepped-up version of the 9(b) pleading standard will soften as it hears new cases that present distinct factual scenarios. Indeed, the Court acknowledged as much in the opinion, indicating that “whether…allegations in a given case meet the required standard must be evaluated on a case-specific basis.” Takeda, No. 11-2077, at 10.