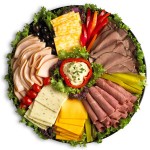 With a 215 to 144 vote, the U.S. House of Representatives passed the Food Safety Modernization Act, with only minor changes to the Senate’s version of the bill.  With President Obama expected to sign off, the Act will soon become law.  The chief purpose of the Act is to vest the Food and Drug Administration (FDA) with increased authority to monitor food safety.  Until the law is enacted, the FDA does not have direct authority to order food recalls; typically, the agency negotiates terms of voluntary recalls.  In the wake of massive health scares over lettuce, peanut, and spinach in the last few years, the FDA will have increased authority to intervene.

The Act protects whistleblowers employed by companies “engaged in the manufacture, processing, packing, transportation, distribution, reception, holding or importation of food.” If a whistleblower contacts the FDA about food safety suspicions and is fired or demoted, the Act’s anti-retaliation measures afford the whistleblower a right to appear in federal court to sue for back pay, compensatory damages, and reinstatement.  The Act may also affect whistleblowers in that it requires the FDA to create new produce safety regulations.  Failure to comply with the new FDA regulations could support False Claims Act litigation if non-compliant food is sold to government or government-funded organizations.

Although Obama is expected to sign the Food Safety Modernization Act, the legislation is subject to some limitation.  It remains to be seen whether Congress will match the FDA’s new authority and obligations with funding; the Congressional Budget Office reviewed a previous version of the bill in August 2010 and determined that the FDA’s increase in costs would be about $1.39 billion over the next five years.  Safety responsibilities for meat, poultry and eggs actually fall under the Agriculture Department, meaning the increased authority afforded the FDA by the Act stretches largely to produce only.  In addition, food produced by small businesses is not subject to the Act.