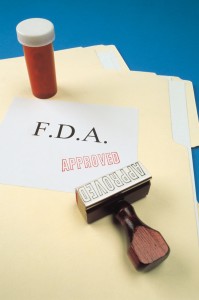 A recent opinion handed down by a panel of the United States Court of Appeals for the Second Circuit in U.S. v. Caronia has raised serious questions about the constitutionality of criminal prosecutions for illegal promotion of drugs under the Federal Food, Drug, and Cosmetic Act (“FDCA”), a statute which many proponents of consumer protection regard as indispensable for the effective regulation of drug safety in the United States. Alfred Caronia, a Specialty Sales Consultant hired by Orphan Medical, Inc. (a drug manufacturer since acquired by Jazz Pharmaceutical) in March of 2005 to promote the drug Xyrem, was convicted on two counts of misbranding and conspiracy to misbrand under the FDCA in 2009 after a jury trial in federal district court in Long Island, NY. Caronia appealed his conviction to the Second Circuit, which has jurisdiction over the federal district courts in New York State, Connecticut, and Vermont, and the panel vacated his conviction on the grounds that criminal convictions predicated upon the “off-label” promotion of drugs (that is, promotion of drugs for indications not approved by the FDA) constitute speaker- and content-based restrictions of speech in violation of the First Amendment. The panel’s decision was 2-1, with a vigorous dissent from Circuit Judge Debra Livingston.

The text of FDCA §331(a) prohibits the “misbranding” of drugs; a drug is defined as “misbranded” if, among others, the manufacturer fails to provide adequate instructions for the intended use of the drug under §352(f). Furthermore, regulations promulgated by the FDA make clear that the government may demonstrate a drug’s intended use through evidence of statements in promotion of the drug for uses for which it is neither labeled nor advertised. Thus, when pharmaceutical representatives promote the use of a drug for indications unapproved by the FDA, the conduct is probative of misbranding in violation of the FDCA. While the federal government investigates misbranding offenses for the purposes of criminal prosecution, the practice of off-label promotion also gives rise to false claims under the federal False Claims Act. Off-label promotion was first recognized by a court as actionable fraud under the False Claims Act in 2003, when U.S. District Judge Patti Saris denied summary judgment in a False Claims Act suit alleging off-label promotion by Warner-Lambert and Pfizer. Since the novel theory was validated in 2003 (culminating in a historic $430 million settlement in 2004), off-label promotion has led to billions of dollars in recoveries for both the government and private whistleblowers filing suit under the qui tam (whistleblower) provisions of the False Claims Act. Whistleblowers (known as “relators”) who file suit under the False Claims Act may recover between 15% and 30% of any final judgment or settlement as a reward for coming forward.

Xyrem was approved by the FDA in 2002  for narcolepsy patients who experience cataplexy, a condition associated with weak or paralyzed muscles. In 2005, the FDA approved Xyrem to treat narcolepsy patients with excessive daytime sleepiness (“EDS”), a neurological disorder caused by the brain’s inability to regulate sleep-wake cycles. Xyrem’s active ingredient is gamma-hydroxybutryate (“GHB”), commonly referred to as the “date rape drug” due to its prevalence in the commission of sexual assaults, and consequently the FDA limited the drug’s approval to the two indications and required the manufacturer to place a “black box” warning on the label. A black box warning is the most serious type of warning that the FDA can mandate; among others, Xyrem’s black box warning disclaimed the drug’s efficacy in patients under 16 years of age as well as the elderly. Careful FDA regulation of potentially harmful drugs such as Xyrem is intended to ensure that consumers are not exposed to unreasonable danger from use.

In its decision, the Second Circuit adopted a narrow construction of the FDCA in which the mere promotion of a drug for off-label uses is not a violation of the statute. It did so because, in the Court’s view, a statute criminalizing off-label drug marketing would run afoul of the First Amendment. The Court’s narrow construction allowed it to avoid the broader question of the FDCA’s constitutionality, and thus its decision does not impede the United States from bringing prosecutions for FDCA violations in the future. Notwithstanding, the Court relied heavily on the Supreme Court’s opinion in Sorrell v. IMS Health, Inc., in which the Court struck down a Vermont medical privacy law as violative of the First Amendment. The Vermont law at issue in Sorrell made it unlawful for pharmaceutical companies to use patient medical information in connection with the marketing of drugs. According to the Second Circuit, because the government’s current understanding of the FDCA prohibits speech based on its disfavored content (marketing) and disfavored speakers (pharmaceutical companies), Caronia’s conviction violated the First Amendment. In future drug misbranding cases brought in the Second Circuit, therefore, the government may not adopt the theory that off-label promotion itself is proscribed conduct under the FDCA.

Surprisingly, the Department of Justice (“DOJ”) did not file a petition for an en banc re-hearing (an appeal in front of all of the Second Circuit judges) before the deadline to do so, raising uncertainty as to whether or not the government plans to petition for certiorari by the Supreme Court.

In recent years, the Supreme Court has taken a much more expansive view of the First Amendment than, arguably, at any point in the Court’s history. As the Sorrell case signals, this new First Amendment jurisprudence extends to the traditional areas of protected expression, such as political expression, as well as commercial speech. While advocates of consumer safety will continue to monitor the legal developments with respect to prosecutions for off-label promotion of drugs, the Second Circuit’s decision ultimately leaves the FDCA intact and declined to invalidate the statute.