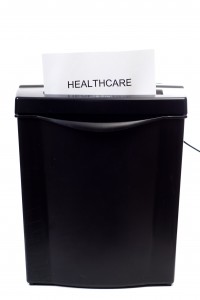 After discovering erroneous billing practices for ambulance services, Maury Regional Hospital (“MRH”), located in Columbia, TN, made a voluntary self-disclosure to federal investigators.  The hospital’s self-disclosure led to a swift resolution of allegations that the false claims for payment for ambulance services violated the federal False Claims Act (“FCA”). MRH will pay $3.59 million to dispose of all legal claims in the matter. Such self-disclosures are encouraged by the federal government to help avoid the high costs of an investigation and litigation; MRH disclosed its knowledge of the billing issues to the U.S. Attorney’s Office and the Office of Inspector General for the Department of Health and Human Services (“OIG-HHS”). According to the internal audit conducted by the hospital, the government claimed that MRH submitted claims for payment and was compensated for ambulance services that weren’t medically necessary or for which medical necessity was not documented, for which Physician Certification Statements weren’t obtained, that were assigned incorrect transport levels (descriptions of the level of care provided on ambulances), for which the proper signatures were not obtained, and that were billed with inaccurate mileage measurements. The $3.59 million settlement agreement resolves allegations of conduct that took place between January 1st, 2004 and December 31st, 2009.

Although MRH’s self-disclosure brought about a timely conclusion to the claims against it, such a course of events is unusual for government investigations of fraud and abuse. Under the qui tam (whistleblower) provisions of the FCA, private citizens with knowledge of fraud may file suit on behalf of the government, bringing the matter to the attention of federal investigators. The FCA imposes liability for submission of false claims for payment, as well as failure to return over-payments from the government. Upon reviewing the allegations in a qui tam complaint, the government may elect to intervene in the litigation, but it does not always do so. Private relators (whistleblowers) may proceed with their legal claims regardless of whether or not the government intervenes, and stand to recover between 15% and 30% of any final judgment or settlement if they prevail. The length and complexity of FCA cases requires that relators carefully select seasoned counsel with the resources and experience to successfully navigate through the process.

Numerous amendments to the FCA, particularly in the wake of passage of the Fraud Enforcement and Recovery Act (“FERA”) in 2009, as well as the Dodd-Frank Act and the Patient Protection and Affordable Care Act (“PPACA”) in 2010, have increased whistleblower protections and strengthened the law’s protections against employer retaliation. The PPACA, in particular, has clarified the time frame in which health care entities must return over-reimbursements for services from federal health programs upon identifying the mistake. Under the updated anti-retaliation provisions, any contractor, agent, or employee who makes lawful efforts to stop a violation of the FCA may invoke the statute’s protection, even if the individual did not file a qui tam complaint.