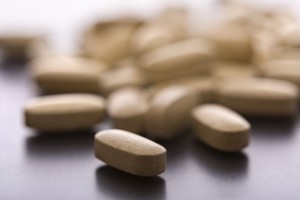 In the largest settlement yet reached against a pharmaceutical company, the British drug manufacturer GlaxoSmithKline (“GSK”) has agreed to plead guilty to criminal charges and pay $3 billion in fines for marketing of three of its antidepressant drugs for off label uses (i.e., uses not approved by the FDA). The pharmaceutical giant pled guilty to the fraudulent promotion of Paxil, Wellbutrin, and Avandia. In addition, GSK pled guilty to a charge of failure to report safety data about a diabetes drug. The settlement also included civil penalties for improper marketing of six other drugs. The GSK settlement marks the capstone to what has been a record year for recoveries under the False Claims Act (“FCA”), a federal whistleblower law that allows whistleblowers (known as relators) to sue parties accused of defrauding the government. In May, Abbott Laboratories settled for $1.6 billion over its marketing of the psychiatric drug Depakote. The federal government is also likely to settle with Johnson & Johnson in the near future for as much an estimated $2 billion to dispose of allegations surrounding its off-label marketing of the antipsychotic drug Risperdal.

At least $10 billion have been agreed to in settlements so far this fiscal year under the False Claims Act. Off-label marketing of drugs was first accepted as a cognizable theory of recovery under the FCA in 2004, when Warner-Lambert, at that time a division of Pfizer, pleaded guilty to off-label marketing of its epilepsy drug Neurontin and agreed to a $430 million settlement. The claim against GSK originated from complaints filed under the FCA by four employees of the drug company, including a former senior marketing development manager and a regional vice president. The alleged conduct took place from the late 1990s to the mid-2000s. In addition to the allegations of off-label marketing, prosecutors claim that the company paid out illegal kickbacks to doctors in the form of trips, spa treatments, and hunting excursions. In the case of Paxil in particular, prosecutors allege that GSK engaged in fraudulent conduct to promote the drug for use in children, including helping to publish a medical journal article misreporting data from a clinical trial.

The False Claims Act is a federal whistleblower statute dating back to the Civil War. Originally passed as an anti-war profiteering measure, the statute has evolved significantly over time, particularly in the wake of a series of amendments since 1986 that have expanded whistleblower protections and broadened the number of types of claims that may be prosecuted. The law’s qui tam provisions confer standing on relators to sue on behalf of the government for false claims made in connection with payment from the government or to avoid liability. The government may elect to intervene in a suit filed under the FCA, but relators may proceed with their claims even if the government does not do so. Successful relators may recover between 15% and 30% of any final judgment or settlement. Any person who makes efforts to stop violations of the FCA may invoke the law’s provisions against retaliation by employers.