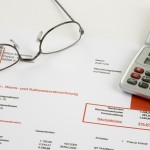 The Center for Diagnostic Imaging, Inc., a radiology and diagnostic company based in X and operating facilities in seven states, has agreed to pay $1.5 million to resolve False Claims Act charges against the company.  The charges were brought by two whistleblowers, a former executive of the company and a founding partner of one of the company’s outpatient servicers, under the qui tam provisions of the False Claims Act.  Under those provisions of the False Claims Act, private citizens with knowledge of fraud may file a lawsuit on behalf of the United States for recovery of treble damages and civil monterary penalties ranging from $5,500 to $11,000 per individual violation.

Prior to the settlement announced on Monday, CDI had agreed to pay $1.3 million to resolve claims brought by the whistleblowers concerning the company’s practice of “upcoding” claims to seek higher reimbursement rates than allowed under federal health programs for covered services.  Although the government chose to intervene in pursuing the upcoding charges, it declined to do so over the whistleblower’s remaining claims.