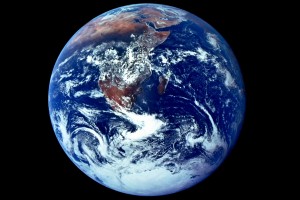 New York-based Sevenson Environmental Services Inc. (“Sevenson”), an environmental remediation firm, has agreed to pay $2.7 million to settle allegations of kickbacks, bid-rigging, and rate inflations in connection with its contracts with the Environmental Protection Agency (“EPA”). The alleged violations of the False Claims Act more specifically stem from the prime contractor’s responsibility to clean up of the Federal Creosote Superfund Site in Manville, New Jersey. The EPA is an agency of the federal government created for the purpose of protecting human health and the environment by writing and enforcing regulations based on laws passed by Congress. The agency also conducts environmental assessment, research, and education and is responsible for maintaining and enforcing national environmental standards. The settlement resolves allegations that Sevenson solicited and accepted kickbacks in exchange for the award of subcontracts, that it conspired with the subcontractors to pass the majority of those kickbacks onto the EPA, and that it conspired with one subcontractor to pass onto the EPA additional inflated charges for soil disposal.

From 1910 until the mid-1950s, the Federal Creosote site was used as a wood treatment facility, occupying approximately 50 acres in Manville. The facility treated railroad ties and telephone poles with coal tar creosote. The excess product was discharged as creosote-contaminated sludges, sediments, process residuals, preservative drippings, and spent process liquid into two lagoons located on the site. In the mid-1960s, the property exchanged hands and was developed into 35 acres of residential property and 15 acres of commercial property. The Claremont Development residential community of 137 homes and the Rustic Acres Mall were built over much of the property. The redeveloped property was built on top of the untreated contaminated soil. In 1998, the EPA conducted extensive surface soil sampling to determine whether there was any immediate threat to current residents. This sampling revealed that surface soil at approximately 19 homes had unacceptable levels of carcinogenic polycyclic aromatic hydrocarbons (material associated with wood treating chemicals). The EPA has been addressing the cleanup in three stages. It is currently focusing its remedial cleanup actions on the contaminated residential soil.

Funded by the EPA, Sevenson performed the remediation of Federal Creosote pursuant to two Pre-Placed Remedial Action Contracts. A significant portion of this work was performed by subcontractors. The subcontractors submitted invoices to Sevenson for payment for the services performed and Sevenson would then include the costs incurred under the subcontracts in its vouchers for payment submitted to the Army Corps of Engineers. Sevenson had the authority to select and oversee the subcontractors. Gordon McDonald, the company’s project manager at Federal Creosote between November 2000 and June 2005 and Norman Stoerr, the company’s assistant project manager and contracts administrator between January 2002 and October 2003, had the authority to solicit bids and procure subcontracts on behalf of Sevenson.

McDonald and Stoerr solicited and accepted kickbacks in exchange for the award of subcontracts. The kickbacks included: $25,000 from National Industrial Supply, LLC; $138,000 from Ray Angelini, Inc.; $53,000 from Haas Sand and Gravel, LLC; $30,000 from Elite Landscaping, Inc.; $51,000 from JMJ Environmental, Inc.; and over $1 million from Bennett Environmental, Inc. (“Bennett”). The kickbacks also included lavish cruises for senior officials of the prime contractor and various entertainment tickets. McDonald also conspired with Bennett to fraudulently inflate the bid price for soil disposal and pass those charges onto the EPA.

Bennett disposed of over 20,000 tons of contaminated soil at a less expensive, unsecure facility while charging for disposal at more expensive, secure site. Eight individuals, including Stoerr and three subcontractors have pled guilty to their participation in this conduct. John Bennett, a Canadian national and the former Chief Executive Officer of Bennett was extradited earlier this month on a charge of participating in a conspiracy to pay kickbacks and commit fraud at Federal Creosote. Last month, McDonald was convicted of taking $1.5 million in kickbacks for rigging bids and other Superfund site subcontracting abuses and was ordered to pay $4.36 million in restitution. In March, he was sentenced to 14 years in prison for playing a “pivotal role” in multiple bid-rigging, fraud and kickback schemes.

The False Claims Act can succeed in addressing fraud involving any government-funded program. Environmental fraud has increasingly become a target of cases filed under the statute. Most often, environmental fraud involves the cleanup of hazardous waste material at federal and state facilities. To facilitate the management of these cleanup efforts, Congress enacted the Comprehensive Environmental Response, Compensation, and Liability Act, also known as the “Superfund” law. After identifying Superfund sites, (areas affected by toxic and other types of waste) that require complex cleanup procedures, the government often outsources the efforts to private contractors who then execute the cleanup and bill the government accordingly.