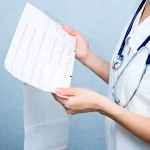 On July 29th, the US Attorney’s Office in Boston and the Department of Health and Human Services announced a settlement with Beth Israel Deaconess Medical Center that resolves False Claims Act allegations of improper Medicare billing.  Although the billing in question took place between June 2004 and March 2008, the Boston Globe has reported that the government subpoenaed records from Beth Israel Deaconess in 2010 in connection with the case.

According to the US Attorney’s Office release, the government’s False Claims Act case accused the hospital of inappropriately submitting claims for reimbursement to Medicare for one-day stay inpatient admissions for patients with congestive heart failure, chest pain, and certain digestive and nutritional disorders.  The government contended that such claims should not have been for inpatient services, but for observation services, as they were admitted only for the purpose of observation and discharged the next day.  According to the government, additional claims to Medicare for inpatient services for “zero day” (less than one day) admissions were also inappropriate.