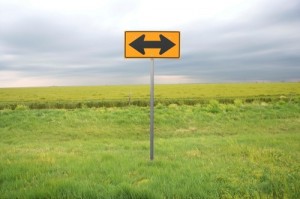 On Monday, the False Claims Act trial against Trinity Industries (“Trinity”) was scheduled to restart in federal court in Texas after a mistrial was declared in July, attributed in part to the judge’s “serious concerns” over a company official’s truthfulness while under oath. The case was initiated on behalf of the government in 2012 by relator Joshua Harman, who is alleging that the Texas-based company failed to disclose to the Federal Highway Administration that it made a small change in the design of the guardrails that it sells to state highway departments across the United States. This failure to receive pre-approval has allegedly led to Trinity’s fraudulent receipt of hundreds of millions of dollars in reimbursements, predicating liability under the False Claims Act. According to the company’s 2013 annual report, its sales of highway products, including guardrails, amounted to $336 million. If liable, Trinity could be forced to pay close to $1 billion in damages and penalties.

In order to be eligible for reimbursement for use on the National Highway System, equipment must first be approved by the Federal Highway Administration. The ET-Plus guardrail was first approved in 2000. The product’s patents are owned by Texas A&M University who has granted Trinity an exclusive license to use the patents. The ET-Plus was designed to absorb and dissipate the impact of a collision by flattening the guardrail and pushing it out into a ribbon that is deflected away from the collision, thereby reducing the impact forces felt inside a crashing vehicle. Sometime between 2002 and 2005, however, the company allegedly reduced the width of the energy-absorbing terminals that are placed at the end of each guardrail segment from 5 inches to 4 inches without telling the Federal Highway Administration about the change. The seemingly minor adjustment is allegedly so substantial that the newer ET-Plus no longer functions as intended. Trinity’s new design can allegedly cause the head of the rail to become jammed so that instead of acting as a shock absorber to on-coming vehicle, the energy of the crash is diverted and the guardrail acts as a spear that can pierce the vehicle and any person in its way.

Several lawsuits have been filed against the company by crash survivors or heirs of deceased crash victims. Last month, Missouri and Massachusetts rescinded approval for Trinity’s ET-Plus end terminal, citing safety concerns in banning its use. Both states did so in part because of a study of multiple end terminal models that found that the newer ET-Plus was 2.86 times more likely to be involved in a fatal crash than Trinity’s earlier model. In January, Nevada removed it from its list of approved products because of Trinity’s failure to disclose the design changes.

The Federal Highway Administration, a division of the U.S. Department of Transportation, administers the Federal-aid Highway Program which oversees the federal funds used for constructing and maintaining the National Highway System. The funding is primarily sourced from the federal gasoline tax and largely goes to state departments of transportation. Oversight of projects using these funds by the agency seeks to ensure that federal requirements for project eligibility, contract administration, and construction standards are adhered to. The agency therefore requires notification of any changes to already approved safety equipment. The notification must include detailed diagrams and the changes must undergo safety testing. The agency was not alerted about the change until 2012, following a patent infringement case where Trinity had sued Harman, the part owner of two companies that manufacture and install guardrails. Harman discovered the discrepancy during the course of the proceedings.

Allegations over the submission of thousands of false claims by Trinity are thus based on the company’s fraudulent conduct in passing off the modified guardrails as eligible for federal funding. According to the complaint, each time that Trinity sold the ET-Plus after the 2005 modifications, it necessarily provided a false certification that ET-Plus conformed to the unit that had been previously approved by the Federal Highway Administration. Those certifications, made to every state, were required for the contractor-purchasers who would then forward those certifications as part of their invoices in order to be entitled to payment by the relevant state or federal authorities.

Since the complaint was unsealed, Trinity has filed a barrage of motions unsuccessfully seeking to effectively dismiss or delay the lawsuit. The mistrial in July also stemmed from claims that the company’s president had intimidated a witness in an attempt to prevent him from testifying.