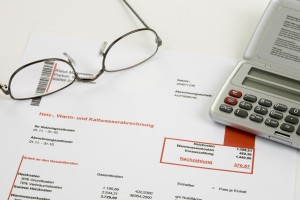 The office of New York State’s Attorney General, Eric Schneiderman, has announced a $13.4 million settlement with New York Downtown Hospital to resolve all claims against the hospital related to an alleged illegal scheme to defraud the state’s Medicaid program. The AG’s Office alleged that the hospital entered in an arrangement with SpecialCare Hospital Management Corp., an out-of-state vendor not licensed by the State of New York, whereby the hospital would refer Medicaid patients in exchange for a $38,500 monthly fee, violating both New York State and federal anti-kickback statutes. The nexus between the two companies was disguised as a contract for administrative services. In addition to the alleged unlawful kickbacks, the hospital’s drug treatment wing also violates state regulations prohibiting hospitals from operating discrete dependency services or treatment units without obtaining a license from the New York Office of Alcohol and Substance Abuse Services. Schneiderman furthermore alleged that the hospital’s detoxification services failed to meet minimum standards of care in the profession and were medically unnecessary. The federal and state Medicaid programs do not reimburse for medically unnecessary services, or services that wholly fail to meet basic professional standards of quality.

The claims against the hospital came to light after two whistleblowers filed a civil complaint under the qui tam (whistleblower) provisions of the New York False Claims Act. Like the federal False Claims Act (“FCA”), the New York State statute permits whistleblowers to sue on behalf of the state government for fraud perpetrated against the state. New York is one of thirty states in the U.S.with a state FCA statute on the books. Schneiderman’s Medicaid Fraud Control Unit and the United States Attorney’s Office of False Claims Act investigated the allegations after the whistleblower complaint was filed, culminating in the recently-announced settlement between the hospital and Schneiderman’s office. Under the terms of the settlement, the hospital will return more than $12.6 million to the state’s Medicaid program and $800,000 to the federal Medicare program.

When health care providers participate in federal health programs such as Medicare and Medicaid, they expressly and impliedly certify compliance with various federal and state statutes and regulations, and non-compliance may lead to liability under the FCA. Under the qui tam provisions of the FCA, private whistleblowers (relators) may file suit on behalf of the government. While the government may elect to intervene in a whistleblower complaint, it does not always do so, and relators may proceed with their claims regardless of whether or not there is government intervention. Individuals and contractors face liability under the FCA and its state analogs for the submission of false claims for payment to the government, or failure to return over-payments to the government. Victorious relators stand to recover between 15% and 30%of any final judgment or settlement. Fraud and abuse in the Medicare and Medicaid programs frequently give rise to claims under the FCA.

Under the Deficit Reduction Act of 2005 (“DRA”), states have a growing financial incentive to enact whistleblower laws: pursuant to the DRA,  a state with a False Claims Act consistent with federal False Claims Act provisions concerning liability, penalties, procedures, and whistleblower rewards becomes eligible for a 10 percent increase in its share of recoveries reached in federal and multi-state False Claims Act settlements and judgments.