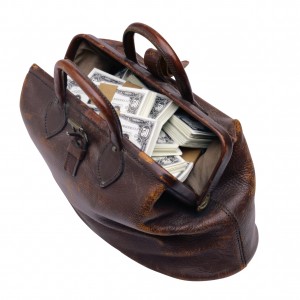 Yesterday, a federal judge in Illinois refused to dismiss the majority of a relator’s allegations brought under the False Claims Act against Northrop Grumman Corporation (“Northrop”). The complaint alleges that the global security company and one of the largest defense contractors in the world defrauded the federal government in connection with a program designed to create technology to protect commercial aircraft from missile attacks. The program was initiated after two shoulder-fired missiles almost hit an Israeli commercial airline taking off from Kenya. The Counter-Man Portable Air Defense System Development and Demonstration Program (“Counter-MANPADS”) would allegedly be used to as a way to protect civilian airplanes from terrorist attacks. But, under its “best efforts” contract with the government, Northrop allegedly fraudulently represented that it was doing its best to complete tasks in order to falsely collect payments for project milestones.

In the fall of 2002, the U.S. Department of Homeland Security engaged Northrop to work on the Counter-MANPADS project, the goal of which was to protect civilian aircraft from shoulder-fired missile attacks. Northrop had previously designed a missile-defense system for the military, and was to adapt that system to serve civilian aircraft. Northrop worked on three phases of the project: during phase one, the company performed initial research, design, and development work. During phase two, it built and tested a prototype system and then obtained the necessary regulatory certification to install that system on commercial aircraft. During phase three, the subject of the complaint, Northrop tested the system to identify and correct any failures. While each phase was separately bid on and negotiated, Northrop’s performance on phases one and two was the deciding factor in the Department’s ultimate decision to award phase three to the company. Substantially the same contract structure, language, terms, and conditions were used for phase three as had been used in phases one and two. The phase three contract was as a “fixed price best efforts” agreement that linked the and government’s payment obligations to Northrop’s achievement of certain “milestones.” The government retained the authority to terminate the contract if the project was not expected to produce beneficial results.

Relator Leo Danielides was a Program Manager on the project and was allegedly present during the phase three contract negotiations. Those negotiations took place between 2006 and 2008. He is alleging that the “best efforts” language in the contract’s description was insisted upon by Northrop in order to limit the extent of the company’s risk exposure. The parties had allegedly agreed and understood that the company’s “best efforts” could be objectively measured by the money it spent on particular tasks and the contract as a whole as compared to the original budgeted costs. Danielides therefore maintains that “best efforts” meant that the company was supposed to complete the task or spend all the budgeted money in a legitimate attempt to do so. Finally, he alleges that the government agreed to pay Northrop for its budgeted costs plus a 12% profit but that Northrop made close to a 25% profit by not doing the work that it was paid to do and thus not spending the money that was budgeted for that work.

In order to be actionable under the False Claims Act, a false statement or omission must be tied to a claim for payment. The complaint here alleges that every time Northrop asked for a milestone payment, it omitted material information—namely, that it had not exerted its “best efforts” on the project and it was not performing its obligations under the contract. In denying part of the motion to dismiss, the court anchored its decision on the alleged claim that “best efforts” was considered a specific, fixed, and shared definition, and that a failure to use “best efforts” was more than a mere breach of contract claim in this instance.