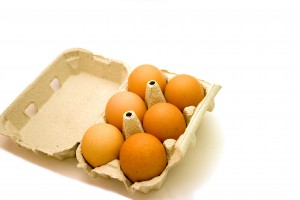 On Monday, overseas military contractors pled guilty in federal court to criminal fraud in connection with overcharging the federal government for food and water supplied to soldiers in Afghanistan. Supreme Foodservice GmbH, a privately-held Swiss company, and Supreme Foodservice FZE, a privately-held United Arab Emirates company, (collectively “Supreme Foodservice”) will pay the government over $288 million, the maximum criminal fines allowed. In addition, the companies have agreed to pay $101 million to resolve a relator’s allegations of fraud pursuant to the False Claims Act. The relator will receive $16.16 million of the civil settlement for his role in uncovering the fraud. The companies fraudulently inflated the price charged for Local Market Ready goods and bottled water sold to the government under an $8.8 billion Subsistence Prime Vendor Contract for services through 2013.

Supreme Foodservice specializes in developing and operating supply chains and related services. In 2005, it entered into a contract with the Defense Supply Center of Philadelphia to provide food and water for the U.S. forces serving in Afghanistan. Subsequently, Jamal Ahli Foods Co., LLC was set up and used by Supreme Foodservice as a “middleman” to mark up the prices for fresh fruits, vegetables, and other locally produced products (perishable and short shelf-life foodstuffs purchased from vendors outside of the United States) and to obscure the inflated price charged for bottled water. In March 2010, whistleblower Michael Epp filed a qui tam complaint under seal detailing the fraud. Epp was the director of the Swiss unit’s Commercial Division and Supply Chain. The federal government then elected to intervene in the case.

The Subsistence Prime Vendor Contract required that Supreme Foodservice charge the government the supplier’s price for the goods. The contract also required it to pass on any rebates or discounts obtained from its suppliers onto the government. But e-mails between the companies’ executives reveal Supreme Foodservice’s deliberate decision to inflate the prices. For example, on August 22, 2005, an e-mail exchange indicated that the prices proposed for certain items already included margins of “approximately 57-60%” over and above the price charged by the supplier. In September of 2005, one executive specifically instructed other members of top management that he would personally review the markups before Jamal Ahli Foods made its shipments. Among other things, the executive increased the markup imposed on non-alcoholic beer from 25% to 125%. An e-mail exchange on February 16, 2006 confirmed that the “best option” was to buy the non-alcoholic beer from Germany and then mark it up via Jamal Ahli Foods.

The executives also misled Defense Supply Center contracting officers. In March 2006, an officer requested a manufacturer’s invoice for specific frozen products. Accordingly, Supreme Foodservice lowered its prices for those products to prices that did not include a mark-up. Instead of disclosing that the initial pricing had included a mark-up, the contracting officer as told that “based on more realistic quantities, we have been able to negotiate a better price.” In June 2006, when a contracting officer raised questions about the pricing of four specific items, that officer was again misled as Supreme Foodservice claimed that the high prices were for a higher quality of product, and offered to instead sell lower quality products for lower prices.

In September 2007, after a fired executive threatened to expose the fraud, the company entered into the negotiation of a “Separation Agreement” in order to induce that executive not to disclose the pricing policies.  The agreement provided that the executive would receive, among other things, a payment of €400,000 in September of 2010, as long as the executive did not cause: a deterioration in the economic situation linked to the government contract; the termination of the contract; or a decrease in the price levels for products. But ultimately, the fraudulent overcharging was exposed in early March 2009, when a former employee notified the Defense Supply Center of the mark-ups. The mark-ups then ceased on April 1, 2009. The fraud through April 2009 resulted in a loss to the government of $48 million.