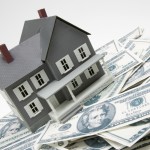 The Department of Housing and Urban Development (HUD) was created in 1965 under the “Great Society” program of President Lyndon Johnson. The department’s mission is to make available quality and affordable homes for all by protecting consumers and strengthening the housing market. To achieve this, a program was developed to make housing available to the elderly through reverse mortgage loans. The reverse mortgage program has been criticized as too complex, allowing private lenders to take advantage of both borrowers and the government but the program has also been extremely positive for elderly homeowners.

The reverse mortgage loans are available for individuals over 62 years old that occupy the home as their principal residence. To encourage lenders to issue reverse mortgages to the elderly, HUD uses the Federal Housing Administration (FHA) to insure the loans. The reverse mortgage loans require no monthly mortgage payments by the home owners but loans become due upon the death of the homeowner or upon the sale of the home. The lender is then repaid the amount of the loan by the homeowner, when the homeowner is unable to make a full payment, HUD pays the lender for the difference. In order to receive the HUD guaranteed payments, the lender must follow all of HUD’s regulations and deadlines. Failure to meet deadlines can result in a reduced payment or no payment at all.

The Whistleblower in this case, Matthew McDonald, alleged that Walter Investment submitted false claims to HUD, through its subsidiaries. These claims were improper because they requested payments for debenture interest on the loans, and interest payments are only allowed when certain deadlines have been met. The deadline missed by Walter Investment was the 30-day appraisal requirement which states that lenders must obtain loan appraisals inside a 30 day window once a loan has become due. It was alleged that Walter Investment missed these deadlines and then knowingly reported false dates on their requests for reimbursement.

The second allegation made by McDonald claimed that false claims were made for referral fees. Under the reverse mortgage program, HUD reimburses lenders for the standard payments they make to real estate agents for sales commissions. It was alleged that the sales commissions were part of a large fraud scheme under which the lenders worked with real estate agents to split commissions. HUD will not reimburse fees connected to a liquidated business. To get around this, Walter Investment established straw companies to purchase these businesses and avoid liquidation. Fees were then split with Walter receiving one sixth of the fee and the rest being paid to the real estate agents.

Whistleblower Matthew McDonald initiated the lawsuit. McDonald was a former executive with Reverse Mortgage Solution Inc. and discovered the fraud while working in that position. The Government intervened on the suit and helped to reach the settlement agreement. The FCA allows whistleblowers to receive as much as 30% of settlements and damages, McDonald will be paid $5.15 million of the settlement for his role in bringing the fraud to light.

This settlement demonstrates both the resolve of the government in prosecuting fraud committed against it and the importance of whistleblowers making this possible for the government. Insiders such as Matthew McDonald often have unique access to evidence of fraud schemes. Complicated programs like HUD remain vulnerable to fraud, and only through the brave action of whistleblowers can fraud be recouped and the U.S. taxpayers protected.