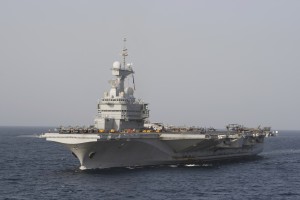 A subsidiary of Alcatel-Lucent, Lucent Technologies World Services Inc. (“LTWSI”), has agreed to a $4.2 million settlement to resolve all allegations brought in a False Claims Act (“FCA”) suit against the company. Alcatel Lucent is a French global telecommunications equipment corporation, and LTWSI contracts with the U.S. Department of Defense to provide communications equipment in the ongoing U.S. effort to promote a stable government in Iraq. According to the government’s complaint, LTWSI submitted misleading testing certifications to the Army pertaining to the design, construction, and modernization of Iraq’s  emergency communications system. The government became aware of the allegations as a result of a whistleblower complaint filed under the qui tam (whistleblower) provisions of the False Claims Act filed by a former contract manager for the project in December of 2008.

In 2004, the U.S. Army awarded LTWSI a $250 million to build the emergency communications system, called the Advanced First Responder Network (AFRN), a 911 emergency response and first responder communications system designed to enable Iraqis to contact police, fire and medical assistance in emergencies. The False Claims Act complaint alleged that the company submitted claims for payment for equipment, services, and contract performance award fees pursuant to the AFRN contract based upon erroneous certifications that LTWSI had performed and completed testing of some of the project’s radio transmission sites as well as validation of the network as a whole. The tests were required under the contract to ensure the network’s proper functioning before the Army accepted the product and transferred control of the system to the Iraqi government.

Under the qui tam provisions of the False Claims Act, private whistleblowers with knowledge of fraud against the government may file legal claims on behalf of the government. The Act imposes liability on individuals and contractors for the submission of false claims for payment, as well as the retention of over-payments from the government. After whistleblowers (known as “relators”) file suit, the government has sixty days to investigate the allegations in the whistleblower complaint and determine whether or not to intervene in the litigation. Although the government may elect to intervene, it does not always exercise this right, and relators may proceed with their legal claims with our without the aid of federal investigators. Victorious relators stand to recover between 15% and 30% of any final judgment or settlement. Fraud in the performance and enforcement of defense contracts is a common cause of action under the False Claims Act, and the whistleblower in the LTWSI case will receive a $758,000 award for his participation in the litigation.

In addition to imposing treble damages and civil penalties of up to $11,000 per violation, the False Claims Act includes broad protections against employer retaliation. As a result of 2009 amendments to the statute, any agent, contractor, or employee who faces wrongful termination in retaliation for making lawful efforts to stop violations of the FCA may invoke the Act’s anti-retaliation provisions.